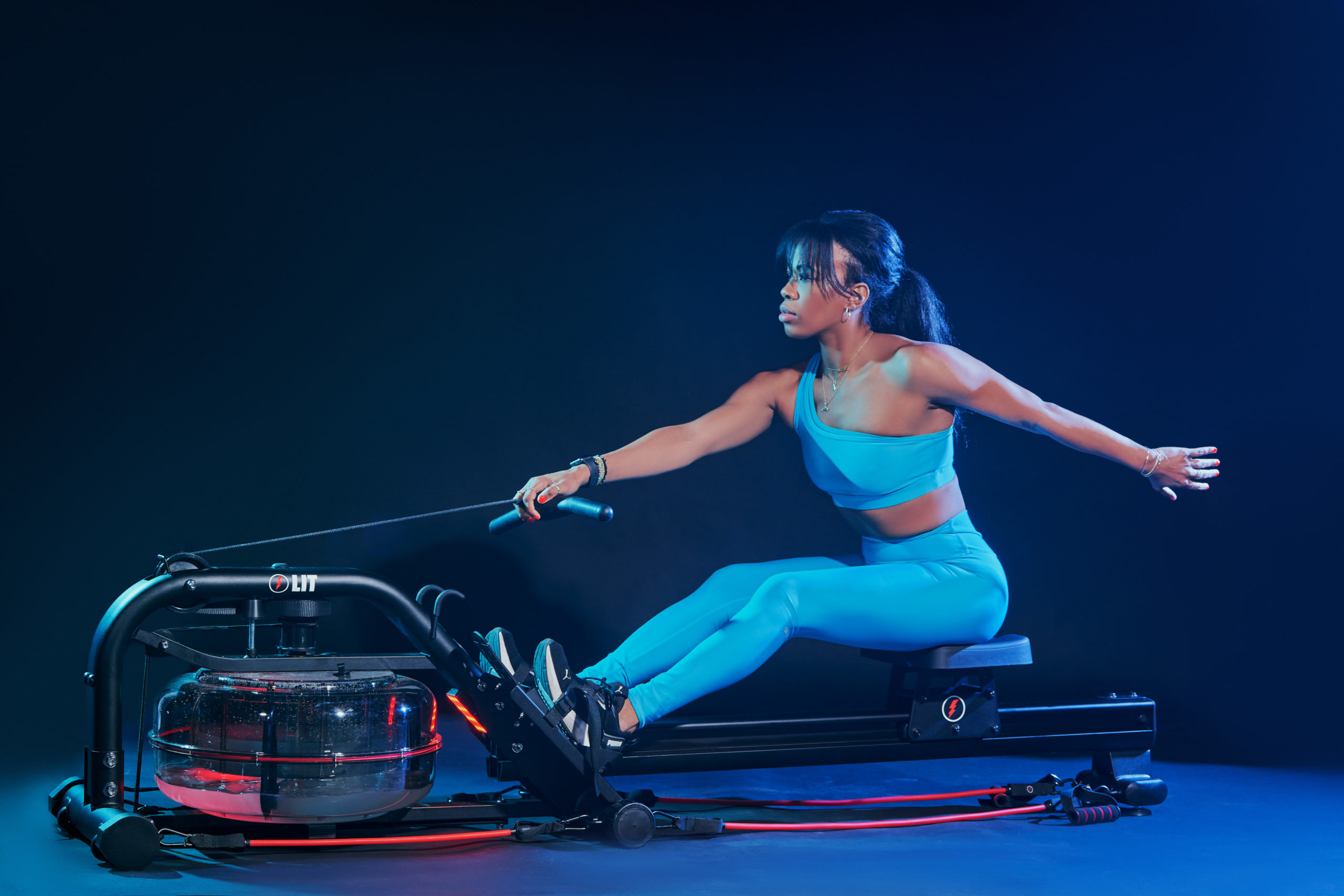 LEARN HOW MANY CALORIES YOU BURN WHILE ROWING WITH LIT

Don’t get it twisted! Low Impact does not mean low intensity!

One of the most common questions we get at LIT is whether rowing is an activity that can torch those calories in the same way higher impact exercises are often able to.

The short answer is absolutely — when you row with LIT!

WHAT IMPACTS CALORIES BURNED ON THE ROWING MACHINE?

Several factors must be considered when exploring how to best maximize your calorie burn:

WHAT IS YOUR BODY WEIGHT?

As with any exercise, the more weight you carry, the more effort and energy must be expended to perform your workout. The number of calories that one can burn increases with the amount a person weighs.

HOW LONG WILL YOU BE WORKING OUT?

If you row for a half-hour, you are burning three times as many calories as you would if you rowed at the same pace for only ten minutes. While timing isn’t everything, it certainly plays a critical role in your potential for burning off the calories.

WHAT LEVEL OF INTENSITY AND AVERAGE HEART RATE WILL YOU MAINTAIN AND FOR HOW LONG DURING THE WORKOUT?

But while it’s not a one size fits all answer to these questions, there’s one thing we know for sure. With LIT’s signature rowing variations and the LIT Strength Machine’s proprietary technology and features, rowers using our programming and products have several innovative ways to bolster their calories burn even more!

HOW CAN YOU BURN MORE CALORIES WHILE ROWING?

During an average, steady row at a moderate pace, a person who weighs 125 pounds can burn up to 200 calories per half hour. LIT’s rowing programming is structured to significantly increase that result.

Let’s break down what goes into 30 minutes of rowing at LIT:

Sprints: LIT classes open with a 10-minute intro sprint section. We do our first ten minutes of rowing with sprint intervals on the rower. While we ease into the flow of the class, we increase the speed at a rapid pace and do 10-60 second intervals to challenge your stamina and motivate you right out of the gate.

Rolling: In your second 10-minute section of the class, you will do supersets — meaning you are incorporating rowing into an on-and-off rower circuit training interval portion of the class. Here you rotate back and forth, using LIT’s signature resistance band training system to augment the cardio portion of your row.

Core: Following the rolling sequence, for five minutes you will focus on core work. This is often done while seated and strapped in on the rower or can be a hybrid of floor work next to the machine.

Finisher: In the finisher portion of your workout, you will be challenged to a final three to five-minute superset of the instructor’s choice.

Recovery: As with any Low Impact Training workout, rowing requires recovery. Not as an afterthought, but as a built-in portion of the session. Our instructors will guide you through a brief stretch and cool down to finish off the row.

With LIT rowing, you can burn up to 800 calories per hour. Depending on how vigorously you are moving, that can be 30-50% more than during a standard rowing session.

Apart from the intentional cooldown of the recovery period, each of the first four components of a signature LIT rowing class is designed with a focus on high-intensity interval training, also known as HIIT. Within each portion of the class, you are provided with optimal exercises for burning the most amount of calories in the shortest amount of time.

For example, when it comes to sprints, in a standard rowing class where you focus purely on the catch, drive, and finish, with Low Impact Training-focused rowing, you incorporate LIT’s signature variations.

Instead of a standard overhand pull, we do an abdominal series with oblique twists, side to side rows, and side to side hinges. In other words, with each stroke, you are adding a core emphasis to the existing upper body focus inherent in rowing.

During the rolling sequence, rowers move on and off the rower with a focus on the benefits of LIT’s singular Resistance Rowing exercises. Resistance rowing couples a challenging roster of signature rowing variations, band technology, and our singular adjustable water resistance levels.

In the core portion of the class, five minutes are dedicated to either bodyweight abdominal workouts or abdominal exercises with resistance band attachments before returning to the rower.

During the finisher section, expect a last superset that raises your heart rate, pushes that final calorie burn, and brings it all home. Think sprints, rolling, core, and recovery with one last all-encompassing LIT burst!

HOW CAN LIT HELP YOU RAISE YOUR HEART RATE AND BURN MORE CALORIES?

The awesome truth is that in even our shorter rowing classes — you will work 100% of your muscles, which means you have a much greater terrain to torch those calories.

Row more, burn more, and learn more about how to build your body without breaking it down.

Get out of the standard rowing rut and burn brightly with these challenging LIT rowing programs.

YOUR BROCHURE IS ON THE WAY!

WE CAN'T WAIT TO GET YOU LIT.